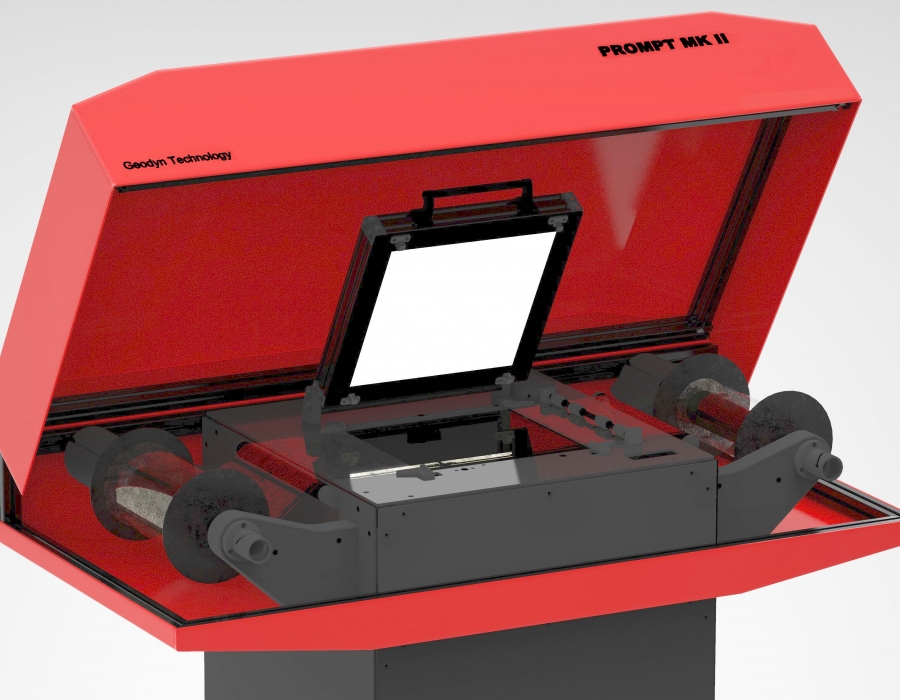 GeoDyn, known for innovative image conversion and processing technology, released and demonstrated PromptSCAN_2, a very high-speed aerial film scanner, at the recent ISPRS Geospatial 2019 in Enschede, the Netherlands. PromptSCAN_2 accurately scans aerial film with resolution of 10, 15 or 20µm at two seconds per frame for panchromatic and three seconds per frame for colour. Thanks to its highly automated loading and exposure determination, it is possible to scan a complete film of 250 frames within 15 minutes – which is 50 times faster than any other aerial film scanner. This enables the very efficient conversion of valuable aerial film archives.

During the ISPRS Geospatial Week 2019, PromptScan_2 was set up to continuously scan films. This highlighted GeoDyn’s expertise at being able to bring PromptSCAN_2 to any aerial archive location and convert films in a fraction of the time and at a fraction of the cost that has previously been possible.

GeoDyn’s technology encompasses much more than just conversion of analogue aerial photography to a digital format. The company’s services also include the compilation of each available photo coverage into corresponding image maps, enabling them to be overlaid on current maps or satellite imagery with detail-matching accuracy. This is designed to make the data easily accessible for a wide range of applications.

INTERGEO is celebrating its 25th anniversary this year International 1370 views